What's in my bag?

I've uploaded my newest fashion/style video on my youtube page!  I decided to make a "What's in my bag" video, as I've had so many requests.  I don't usually do such personal videos but it almost seems like a youtube tradition!

If you like me doing more of those type of videos please let me know. Requests are also welcome! :-)  My next video will be celebrity style secrets - now I just need to make the time to create them!

Posted by DoYouNoah at 23:19 No comments:
Email ThisBlogThis!Share to TwitterShare to FacebookShare to Pinterest
Labels: outfit of the day

Single...11 Kids...Unemployed & Scrounging Off the State?? 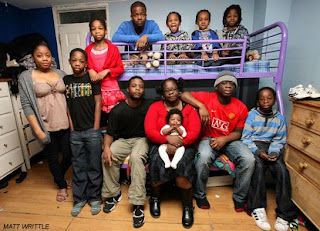 Single, 11 kids, unemployed and society is paying for them - is this right?
On my way from work I picked up the Evening Standard.  All this week they have special features on London's Dispossessed, articles about how the gap between the rich and poor is growing wider and wider, poverty is on the increase and why London isn't what it used to be...blah blah blah.  Just the kind of thing you want to read on your way home from a long days work!
So I thought i'd share the latest special feature about London's poor population.
Meet Barbara Harriott, 44, single, unemployed with 11 kids. (see picture above) Yep, ELEVEN children by five different men. Sigh. This is so depressing, I thought, but I still read on. I was intrigued..how could this woman, who couldn't afford to even look after herself afford to bring up ELEVEN children? One word - BENEFITS. 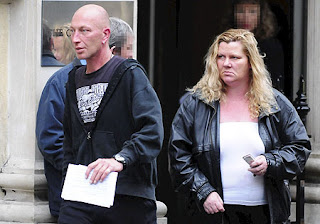 This couple claimed £50,000 in benefits & were made to pay every single penny back..85p a day..for 77 years!
To be fair, the article was quite sympathetic to the woman. It described in depth about her broken family background and how she was let down by the education and social services.  I thought the reporter was going to be a lot harsher on the woman, but instead I think the message David Cohen was trying to make was that it isn't ENTIRELY her fault she got into this awful mess...but more society's fault.
It seems that society should  share the blame of this woman's decision to keep producing off-spring, knowing that she will be supported by the state.  The Government's lax regulations on social welfare make this possible.  Does it make sense that if a"scrounger" who claims lots of benefits decides to work, it would actually cost them more in the long run.  They would have to pay child care (and we all know how expensive THAT is) but also their benefits would be cut.  Their justification almost makes you feel sorry for them as they are in a vicious circle they can't get out of.  It's a no-win situation for them. 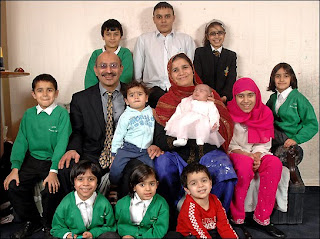 This family were featured in the press in 2008, taxpayers fund the couple and their 11 children
Then again, not everyone agrees with a typical "scroungers" explanation.  It seems there is this "woe me" card that is being used time and time again.  Most of society have never claimed a benefit in their entire working life. Instead it seems that the social welfare system which was essentially to support people who are less well off, has been abused by scroungers and immigrants, if you are to believe what the papers say!
If you don't believe me, read the Evening Standard (link below) tell me what you think! 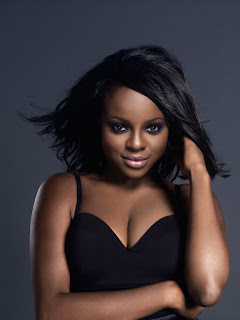 Keisha former Sugababe is taking legal action
According to news reports, former Sugababe Keisha Buchanan has demanded that the Sugababes stop using the band name...or pay her a MASSIVE financial settlement.
Surely this has something to do with the fact she was kicked out/or made to walk out (depending on which story you believe) last year.
Longest standing member Heidi Range, Amelle Berrabah and newest member Jade Ewen are all facing an expensive legal battle to save their future. 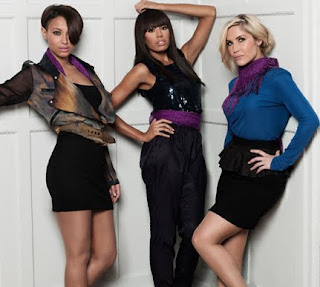 New Sugababe line-up
"The Sugababes are one of the most successful girl bands of all time, but if they are forced to change their name, it would be absolutely disastrous for them," said a secret "source"."It would be very hard for them to maintain any credibility if they had no original band members and were called something else," they explained.
The singer founded the original Sugababes over a decade ago along with fellow former member, Mutya Buena, and is credited with choosing the Sugababes name.  Oh dear! 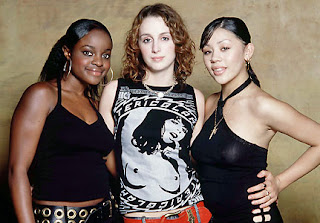 Original Sugababe line-up
Looks like this is the end of Sugababes as we know it! I personally think they should have changed the name as soon as Keisha left.  How many changes can one group have??? Not even Destiny's Child had this many changes! Their management should have advised the girls to wipe the slate clean with a brand new name, image and music.  So what do you think? Should Sugababes change their name? Does Keisha have the right to sue them? Thoughts please!
I'm sure we haven't heard the last of this story - will keep you posted!
Posted by DoYouNoah at 19:39 No comments:
Email ThisBlogThis!Share to TwitterShare to FacebookShare to Pinterest
Labels: music, news, sugababes
Newer Posts Older Posts Home
Subscribe to: Posts (Atom)