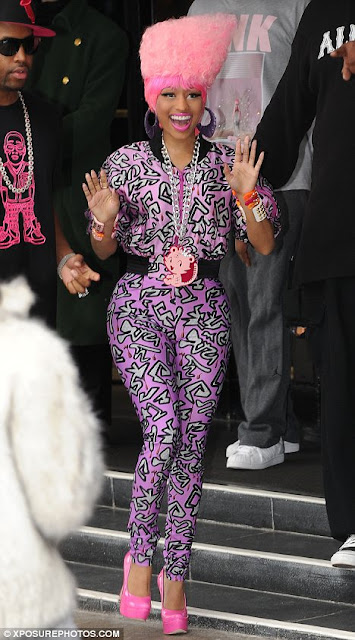 
Nicki Minaj - fashion icon or just plain wacky? Well you be the judge of the self proclaimed, "HipHop Princess" who stepped out in London town dressed in her usual eye-catching outfits.

Firstly Nicki was spotted leaving her hotel wearing a bright purple jumpsuit and pink candyfloss wig. Though I can't say I was a fan of this outfit, I did LOVE her hot pink stilettos FABULOUS!

Later that evening she was swarmed by photographers and fans as she entered Oceana's nightclub.  Taking inspiration from what can only be described as something from outer space, Nicki wore a cute super tight stars and galaxy dress and a platinum blonde wig, with rope gold chain to finish off the outfit. 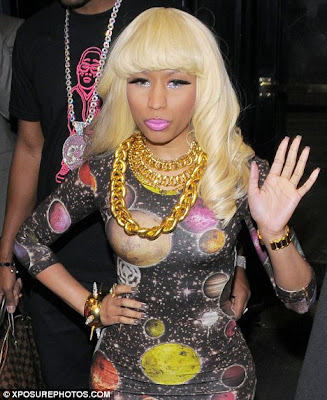 She almost didn't reach the next destination, Club Runway, as the desperate over eager fans caused security issues.

I did warn you in my other post that it would be extremely crowded trying to venture to the club to meet Nicki, P Diddy and co. Though I'm sure that would deter any of Nicki's "Barbies" (Nicki's nickname for her fans) as I'm certain they would have done anything to catch a glimpse of there HipHop Princess :-).

Posted by DoYouNoah at 13:00 No comments:
Email ThisBlogThis!Share to TwitterShare to FacebookShare to Pinterest
Labels: fashion 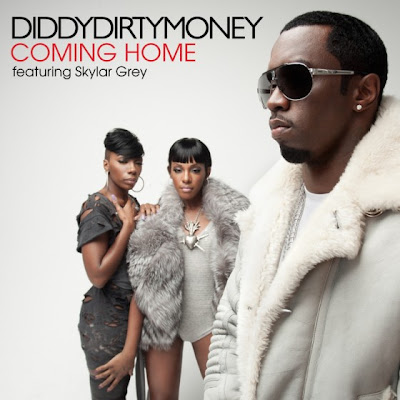 P Diddy & his group Dirty Money new single Coming Home
Don't say I never give you the hottest news I've just heard on the grapevine that P Diddy, his group Dirty Money and Nicki Minaj are in London promoting Diddy's new single, Coming Home.
He will be visiting HMV's Oxford Street store in West End from 6pm. A little birdie has told me that 200 free armbands are being given away from 9am so be quick!
Both Nicki Minaj and Diddy will be at at Runway Nightclub, Oxford Street tonight. Tickets are from £20. Enjoy! Pop some champs for me! ;-)
♥
Posted by DoYouNoah at 09:35 No comments:
Email ThisBlogThis!Share to TwitterShare to FacebookShare to Pinterest
Labels: music 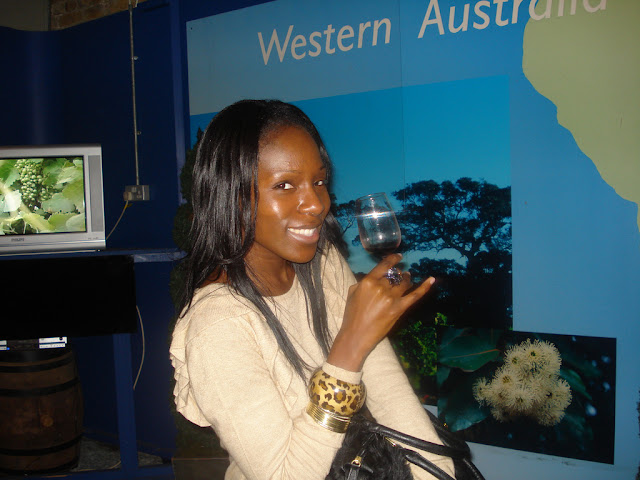 Me - drinking a fine wine from Western Australia...
I've heard so many good things about wine tasting at Vinopolis I had to try it so I went on Sunday to celebrate my 25th birthday!
I went on the Grapevine wine tour to learn all the secrets of wine tasting - how to smell and taste the wine and even check the signs of bad wine...i.e. cloudy wine is usually a sign of "off" wine (Check me out!*wink wink*) 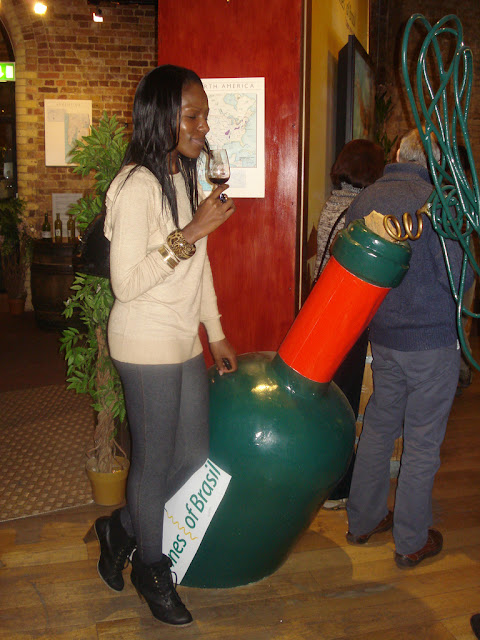 So I spent the afternoon getting smashed learning about wines from around the world from South Africa, Australia,  New Zealand, America, South America and Europe, tasting the various wines from each continent.
It's such a great idea to discover and learn about fine wines and even more fun going in a big group of friends and family like I did.
The best part? The blue sapphire cocktail from the bar at the end...shaken not stirred sweetie! ;-) 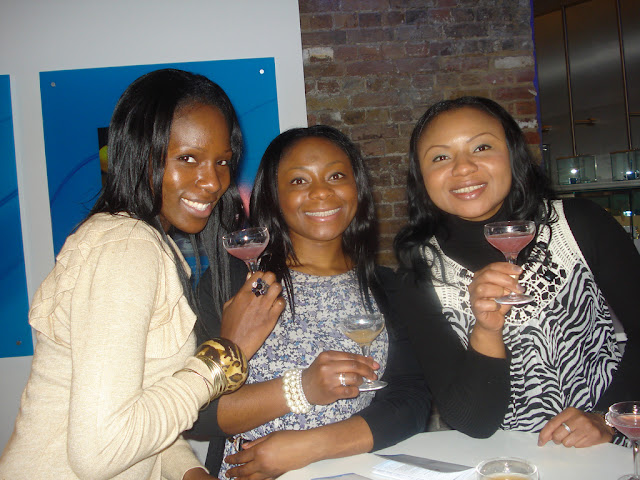 Me and my sisters at the cocktail bar
Posted by DoYouNoah at 22:29 No comments:
Email ThisBlogThis!Share to TwitterShare to FacebookShare to Pinterest
Labels: outfit of the day, reviews 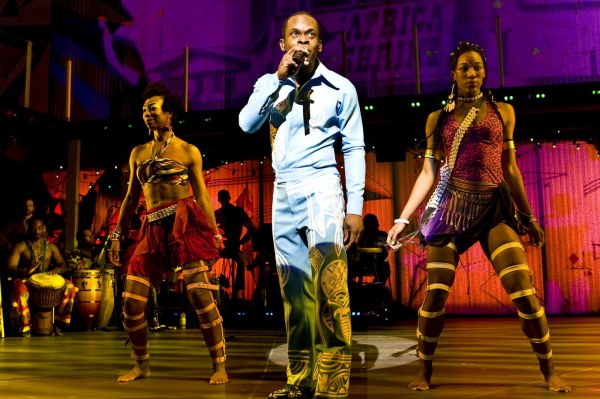 FELA! Musical at National Theatre
I went to see the award winning musical Fela! at the National Theatre, Southbank, on Thursday as part of my birthday weekend treat and what an amazing show! 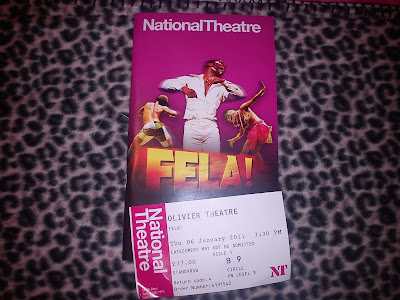 My FELA! ticket & programme
Produced by Jay-Z and Will and Jada Pinkett Smith, FELA! explores the controversial life of musician and political activist, Fela Kuti, played by Sahr Ngaujah.
Fela created the music genre, Afrobeat, which is a blend of jazz, funk and African rhythms.  The musical is set at Fela's final concert at The Shrine in 1978, six months after the death of his mother where the story of his life is told by the star himself. 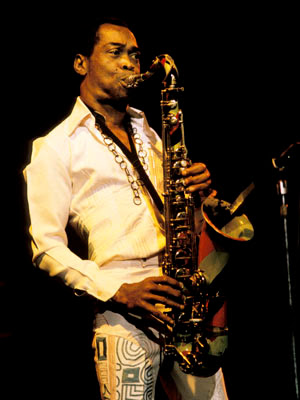 Fela Kuti
The show is filled of two and a half hours of songs and dance routines by Fela and his amazing dancers. Unlike most shows, the Fela! musical actively encourages the audience to stand up and dance which of was absolutely brilliant!
The vivid costume and makeup designs were my favourite part of the musical by far.  FELA! has already won three Tony Awards for Best Costume designs and you only have to see the first few minutes of the show to know why.
Fela! costumes include every type of pattern, texture and vibrant colour from vintage fabrics to simple textures, as well as belts, strings, beads and fur all made to shake and shimmer along with the dancers. 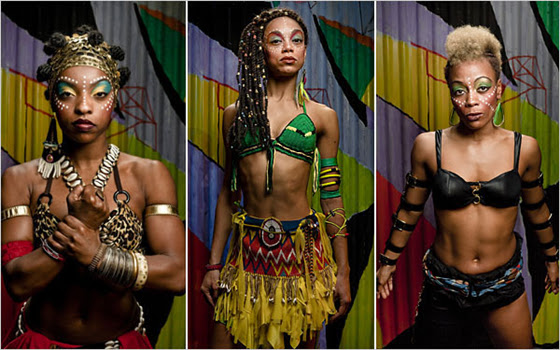 Cast of FELA!...fabulous costumes!
The entire audience (minus a few misery guts – as expected!) danced along to the songs which created a really fun atmosphere for the show – considering all the songs had serious political messages reflecting the issues affecting the world i.e. corruption, cultural imperialism, and social issues.
Despite this, FELA! is an uplifting musical tale that will have everybody dancing as it covers issues from civil rights, political corruption, love and freedom and of course the entire Fela Kuti back catalogue of songs for the audience to enjoy.
Check out this videoclip of the FELA! musical I managed to take at the end...enjoy!
Posted by DoYouNoah at 22:06 No comments:
Email ThisBlogThis!Share to TwitterShare to FacebookShare to Pinterest
Labels: music 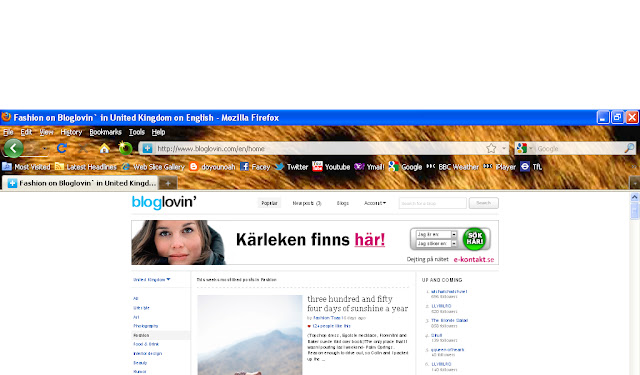 I am now on Bloglovin so make sure you check out my blog on there too!
Follow my blog with bloglovin
Posted by DoYouNoah at 23:09 No comments:
Email ThisBlogThis!Share to TwitterShare to FacebookShare to Pinterest
Labels: blogging
Newer Posts Older Posts Home
Subscribe to: Posts (Atom)