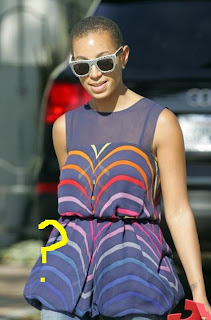 Solange aka Solo "Angel"
Only a few days ago Rihanna shaved off both sides of her head. Now we couldn't have ole girl RiRi steal all the limelight could we? So please step in Solange... What do you think? On first thoughts I thought "Well at least she hasn't 'leaked' naked pics of herself" :-) Remember this is the girl who said she is so sick of being interviewed about her famous sister, Beyonce, and wants to be known for her music, not just for having a celebrity sis. But on second thoughts im starting to take a liking to it.... If that bald headed "model" Amber Rose can rock the short hair do, then good gosh, so can Solange... My Mum has been rocking this hair style since I could remember. It takes a very beautiful woman to pull this kinda hair style off and only few people can get away with it. So what do you think...yay or hell to the N.O??
Posted by DoYouNoah at 19:37 2 comments:
Email ThisBlogThis!Share to TwitterShare to FacebookShare to Pinterest
Labels: beauty 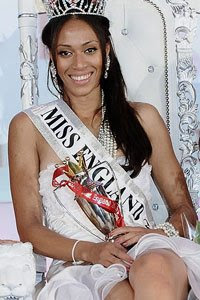 Rachel Christie
A big congratulations to Linford Christie's niece, Rachel Christie, who became Britain's first Black Miss England. The 20 year old from London is on a course to compete in the heptathlon at the London 2012 Olympics having won medals at major UK races such as the South of England championships. The Brunel University student is coached by her 100m Olympic gold medalist uncle, Linford Christie and trains at the stadium in Hammersmith, named after him. Before winning, she told event organisers, "My ambition in life is to compete and win gold in the 2012 Olympics." 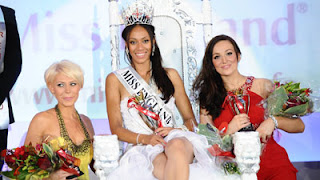 Runner-up Kat Hodge (left) Rachel Christie (centre) & third-place Viki Bailey
Other finalists were Lance Corporal Kat Hodge, 22, from Tunbridge Wells, who was given a commendation from her unit, the 1st Battalion Royal Anglian Regiment for her actions during a posting in Basra in 2005. Miss Christie will now compete for the Miss World crown in South Africa in December.
Posted by DoYouNoah at 20:05 No comments:
Email ThisBlogThis!Share to TwitterShare to FacebookShare to Pinterest
Labels: beauty 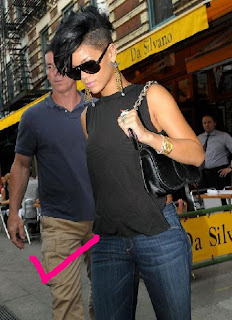 Is it me or is this short hair craze going a bit too far? Last post I did on hair was when Cassie "bravely" (if you want to call it that!) shaved off the side of her hair...like that look hasn't been done before! Then soon after naked pictures were "leaked" of her online..can someone say publicity stunt?? Now Rihanna has taken it one step further and has shaved both sides of her head. She was seen yesterday in West Village New York - what do you think??? I say its a..Yay...RiRi can just about pull off anything...even this dumb arse haircut! ;-)
Posted by DoYouNoah at 17:27 No comments:
Email ThisBlogThis!Share to TwitterShare to FacebookShare to Pinterest
Labels: beauty 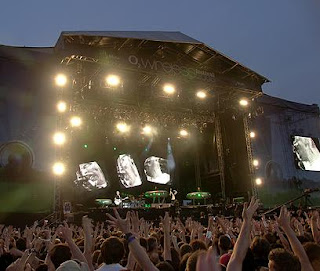 Wireless Fest '09
It had been a few years since I had been to the Wireless Festival. Having been one of the lucky ones to have been to the very first back in 2005 (wow!) I had the pleasure of seeing Basement Jaxx live. In one word - amazing!

So fast forward 2009 - what had changed? Well the line up for one. In 2005 it was extremely, well, festivally! They had loads of Indie bands and less Pop, Dance, RnB, HipHop or infact anything. I am not an Indie head at all so you could imagine my delight when Basement Jaxx were headlining act (well in my eyes anyway!) 2009 had two days of amazing artists. Saturday was The Streets, Dizzee Rascal, Paul Oakenfold, Afrika Bambaataa and many more. But Sunday was the day I paid my hard-earned moo-laa for. Noisettes, Alesha Dixon, Calvin Harris, Daniel Merriweather, Young Jezzy, Chipmunk, Ironik, Tincy Stryder, N-Dubz, Kid Cudi, Mr Hudson & The Library, Diversity and oh some guy called Kanye West. :-) Each tent had different areas of music, the Grime/UK rappers in one, Dance/Alternative in the other and then the main stage for artists like Mr. West and Young Jezzy. The food was good chips, burgers, chinese, donuts the usual. But my oh my was it pricey! £2.50 for a bottle and £6.00 for two chips and a burger? Let it be known that if you're paying for entry to a festival bring a couple of tenners because it certainly wasn't cheap. Oh and big shout out to my girl who was serving the thai food, she charged me and my other half £2 instead of £12 for two thai noodles...it pays to listen up in Maths people!!! So pleased with the music, the food, and the atmosphere was lovely, chilled, relaxed and the weather was splendid if I do say so myself. So apart from having the piss bottles thrown everywhere (please see video below!) The festival was well worth the money. :-) Now on to the fashion let me know what outfits rocked and oh well should be placed under a rock!!! 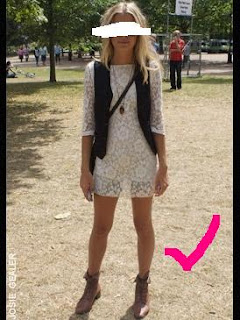 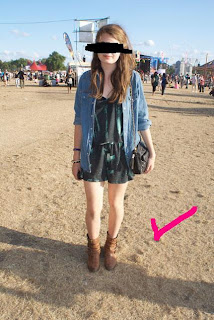 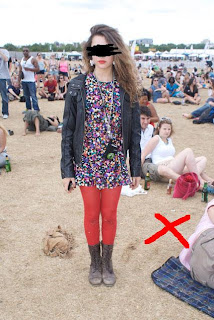 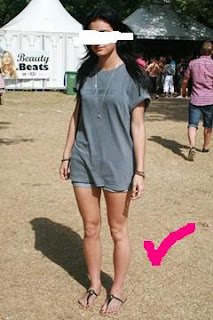 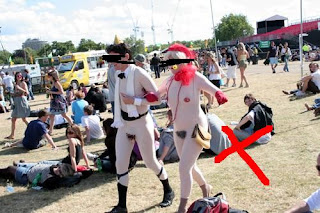 Toodles! x
Posted by DoYouNoah at 14:37 No comments:
Email ThisBlogThis!Share to TwitterShare to FacebookShare to Pinterest
Labels: fashion, music 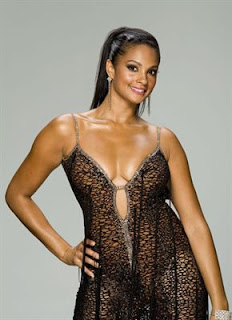 Alesha Dixon
So the BBC have confirmed that Alesha Dixon will be replacing Strictly Come Dancing judge, Arlene Phillips later this year. There will also be a fifth judge, ballet dance Darcey Bussell, which people haven't complained about much. Perhaps the fact that Darcey is actually a professional dancer of some sorts may have something to do with it. It is thought the BBC wanted a younger face on the panel to compete with the X Factor's Cheryl Cole but this decision has back-fired immensely. News columns are commenting on Alesha's lack of experience and the BBC's sexist decisions. Saying that Alesha Dixon has experience in her own right too. Not only did she win Strictly Come Dancing, but she was in a girl band making her experience of performance and dance limited, but yet, still experienced. Why wasn't old Brucey replaced with a younger man to present? Why is it always the women who are chucked once they've passed a certain age? Is the BBC shock horror sexist?!? You tell me!
Posted by DoYouNoah at 14:29 No comments:
Email ThisBlogThis!Share to TwitterShare to FacebookShare to Pinterest
Labels: Alesha Dixon, BBC, Sexist, Strictly Come Dancing 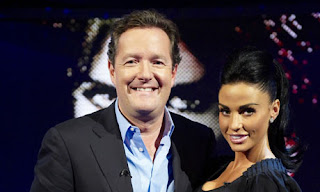 This is the second interview Piers has done with Katie
Did you see the the interview of Katie Price by Piers Morgan? Peter has said he was "deeply disappointd" about her revelations in the interview. One of which was that she had a miscarriage whilst they were filming their reality television show in L.A..only a few days before they both took part in the Marathon. Piers Morgan has praised Katie for taking part in the interview saying, "She was fiesty, fiery, emotional, contrite and startlingly honest. Whether you love her or hate her, she has been through a hell of a difficult few weeks." Although she was paid a fee for taking part in the interview, she stated on her Twitter that she has donated the whole amount to a charity. So what will be be - Team Katie or Team Peter? I didn't even know Team's existed until I watched the interview myself a few days ago. It was heart-breaking watching Katie talk about her miscarriage and her strong will to continue working throughout that period. She made a statement that Peter was as "Mr. Perfect" as he always makes out he is. Well, time will only tell with these two! 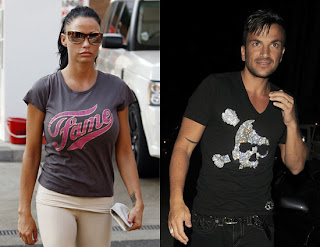 Katie (left) and Peter (right) Isn't that obvious though?!
Posted by DoYouNoah at 14:15 No comments:
Email ThisBlogThis!Share to TwitterShare to FacebookShare to Pinterest
Labels: katie and peter, katie price

The King of Pop Is Dead 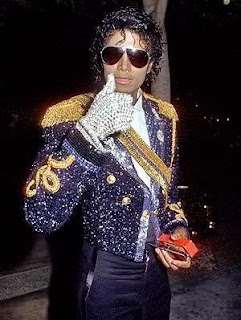 One of my favourite pictures of Michael :-)
When news poured in that Michael Jackson had died on the 25th June 2009 - it seemed like the world can come to a standstill. New channels, radio stations and newspaper all dedicated hours of time and pages of space to the King of Pop. At one point, search engine Google had crashed as they thought they were being attacked by a virus. It was in fact millions of people trying to log on and find what had happened to Michael Jackson. The largest search engine in the world couldn't even take that level of searches. That is how much Michael Jackson's news had impacted the world. It is almost a month since the tragic news first surfaced, and yet new stories are still being heavily featured on Michael. On the verge of a comeback tour in London, Michael, died of a heart attack. He was only 50 years old. The star leaves three children, Michael Joseph Jackson Jr, Paris Michael Katherine Jackson and Prince Michael Jackson II. There are so many words to describe how I feel about the passing of Michael Jackson:- Sad, Confused, Devastated, Angry, Disappointed I feel Sad for his children, his family and his fans who truly appreciated his work, his talent and his great ability at being the greatest performer that ever lived. I feel Confused, because it is still not clear on the causes of his death. News reports say he was addicted to painkillers, others say a heart attack. Rumours, gossip and other tall stories are surfacing about Debbie Rowe, the woman who carried his children, the true identity of his children, the fortune of his estate and earnings etc etc. Does anyone wonder why I'm confused?! I feel Devastated at the fact that Michael Jackson, the King of Pop, died so tragically. I heard the first emergency call out made by his house assistant which was so disturbing..and then what made it worse was OK!magazine's decision to publicise an image of Michael Jackson being escorted to the hospital in an ambulance. It is a chilling picture of his last moments for the world to see - great shot - not. I feel Angry, at the news coverage of Michael Jackson. Some would say - why aren't you happy with all the positive reports and tributes? Well, where were the positive news stories before his death? Why does it have to take a death for the media to sympathise with the celebrity in question (two words Jade Goody?) It's so fustrating when writers, journalists and other people in media speak out at what a "amazing talented performer" Michael was. Where were they when he was constantly victimised by the press? These are the same industry insiders who labelled him Wacko Jacko and a Pedophile... And lastly I feel disappointed as if you remember a while back I posted a blog on my excitement about purchasing my ticket for Michael's "This is It" concert. The fact I will NEVER be able to see the greatest performer of all time perform is an awful feeling of disappointment. Why didn't I take my two year old self to Wembley in 1988 when he toured London then?! :-) So close yet so far...oh well thank God for Youtube who will forever capture the moments I didn't... So although I feel all these emotions, I am going to end this blog on a high and with a smile on my face as I look back on my memories of watching Michael Jackson videos for hours on end with my brother (the biggest fan I know after my bff Ade!) when we were younger.
Rest in Peace Michael - people can say what they want about you, but you were 100% original. You opened more doors for black people, you brought people of all races together and you were an inspiration to so many. Your true fans will always love you, miss you, and remember your Great Talent. There will never be another King of Pop.
:-) A x 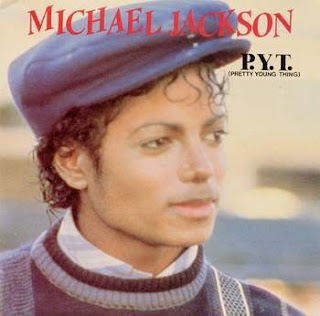