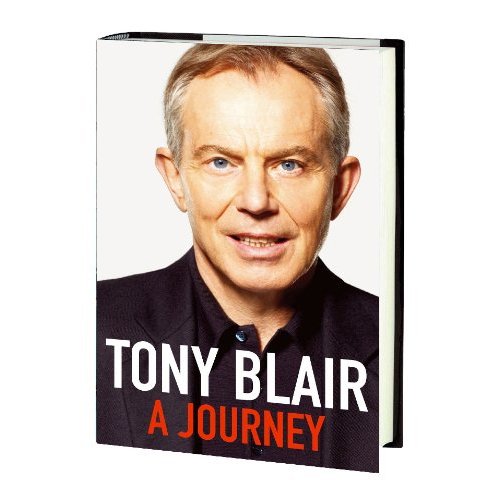 Tony Blair's memoirs
Tony Blair’s highly anticipated memoirs, A Journey, has finally been released. Over 600 pages of political revelations, the book has leapt on to Amazon’s top sellers list.
So what can readers expect from the former Primer Minister’s autobiography?
The blurb reads, “the memoirs reveal in intimate detail this unique political and personal journey, providing an insight into the man, the politician and the statesman.”
I’ve seen extracts revealed by most of the national newspapers. It seems success, controversies and disappointments are the main themes throughout the book. Featuring Blair's take on his relationship with Gordon Brown, the Iraq War, his election as Labour leader in 1994, the death of Diana, Princess of Wales and the Northern Ireland peace talks, this indeed will make an interesting read. 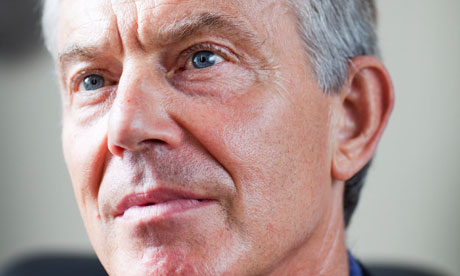 Tony Blair
Though will the book outsell Margaret Thatcher’s, The Path to Power? It sold an estimated half-a-million copies making it the highest selling British political memoir ever. Time will tell!
Blair will be signing copies of his autobiography at Waterstone’s Picadilly branch on 8th September at 12:30. Will you be there??
Posted by DoYouNoah at 09:39
Email ThisBlogThis!Share to TwitterShare to FacebookShare to Pinterest
Labels: news, reviews

What a bastard. Surely his memoir should be called "I'm an Iraqi baby killer, but it's ok because my God said so".

If only the plot of "The Ghost Writer" could be real and he could meet his maker earlier than expect, and state-side. What a shit.

I heard that in America the title has been changed to "Bush's Bitch is Bitchin'!". What an ass-hole.