Beyonce and the incredible dance troupe, Tofo Tofo!
Beyonce has finally released her new video, "Run the World (Girls)" and it's a certified hit!
The styling for this video is off-the-chain! Alexander McQueen, Chanel and Balmain and Lanvin designs all make an appearance.  The concept of the video is set on a desert landscape ruled by two forces Beyonce, the warrior chief, and her supermodel minions against  the opposing army (of men!) 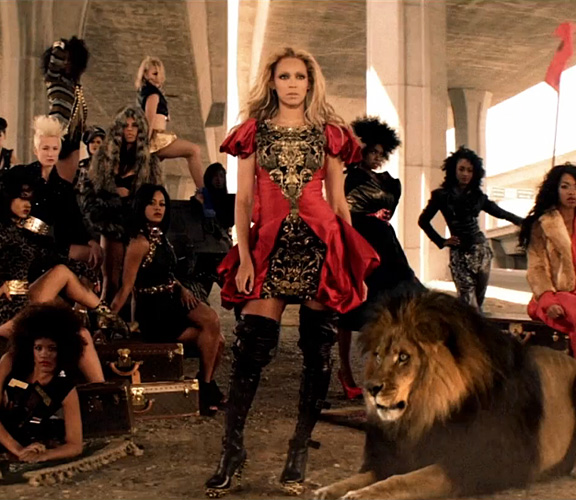 I love the Alexander McQueen red dress she wears, surrounded by her minions dancers. Beyonce looks incredible!
But it's the choreography that really stands out. The dancing is reflection of several genres of dance from jazz, street, hiphop and most prominently African dance movements. Beyonce's choreographer, Frank Gatson Jr, said:
"We prepared a lot for it. We had seen something on YouTube; we had seen these three guys from Africa, this Mozambique African dance troupe ... we were like, 'Wow, this is an amazing movement. And that movement has always been in the back of our head for the last year."

Dance troupe Tofo Tofo who featured in Beyonce's Run the World Video
I'm so relieved to hear that I'm not the only person who trails through Youtube videos watching amazing dancers from around the world - Beyonce does too and it seems she's a big fan herself!!

She picked the African dance troupe, Tofo Tofo, although she had a hard time enlisting them as it took months to track them down due to them living in remote areas in their home country of Mozambique.  Beyonce was so adament to find the dancers she enlisted the Embassy to help her find them!
Frank Gatson Jr said, "I feel like we really nailed it and, again, my hats off to the Tofo Tofo guys [from Africa], ’cause none of us could imitate that. We had to bring them around to learn that [move], which is really, really interesting."
I hear Erickson Beamon, the designer, custom made the crown for this video shoot. I love the design of the crown, more tribal influences than bling, which works perfectly for the concept of the video. 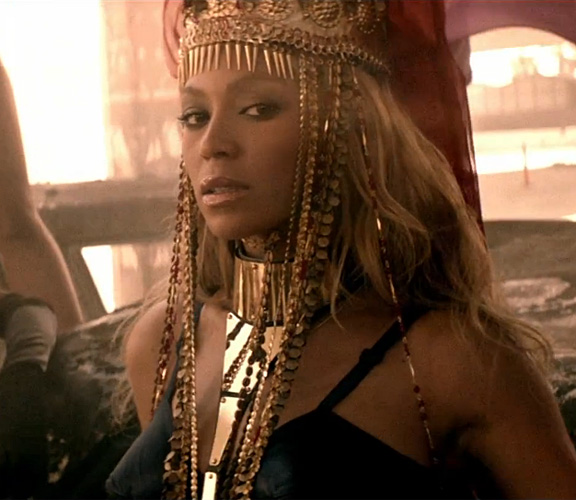 Beyonce with her crown..


But my favourite look of the video has to be when Beyonce steps out in the Gareth Pugh 10 inch heels? Lady Gaga was sporting similar style heels in her Bad Romance video, but it's Beyonce that rocks the heels like no other. Fierce! 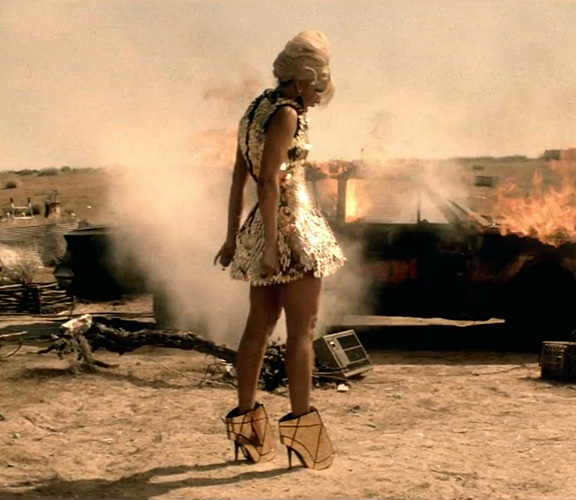 Beyonce in Gareth Pugh 10 inch heels
Check out Run the World video and see for yourself!