The stars came out last night for the Costume Institute Gala Benefit held in New York.
Hosted by Oprah Winfrey and Vogue Editor Anna Wintour, it was to celebrate the opening of the American Woman: Fashioning a National Identity exhibition at the Metropolitan Museum of Art.
So who wore what? And who looked hot and a hot mess?? Well I have a ton of pictures for you to have a peak at!   As usual I will be giving my opinion on the outfits but  as always I want to hear from you...let me know what you think :-)

Katy Perry in her "light-up dress" - I actually quite like it..but don't ask me to wear it!

Of course there's always one star that shines the brightest..and in this case it was Katy Perry.  She wore a light-up dress made of bulbs!  It was created by a London based company called CuteCircuit.
The LED bulbs consume only a small amount of electricity so can be powered by small number of iPod batteries inside the skirt so it would be unlikely to overheat...she's braver than me!  The controls for her dress were in her bra!

Jessica wore a Sophie Theallet for GAP dress and Gwen wore her own designs from her collection L.A.M.B. Think I prefer Jessica's out of the two...

SJP wore a Halston dress and Fred Leighton vintage diamond bracelet-how lucky was she?! Emma Watson wore Burberry..AGAIN..though it is a beautiful dress she looked great. 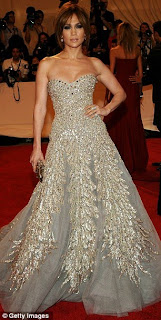 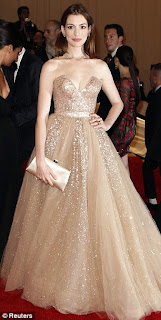 If you're going to do bling do it like the Queen of Glitz J-Lo who wore a beautiful strapless Zuhair Murad gown, and less like Anne Hathaway who wore a Valentino dress..a little too bride like for my liking! 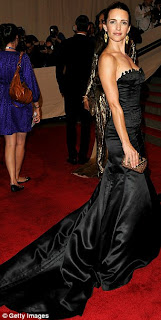 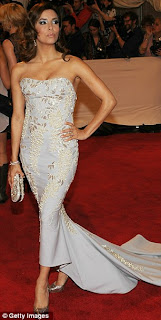 Kristin Davis wore a black floor length sweeping gown (yawn) while Eva Longoria Parker chose a silver embroidered gown by Marchesa..can't say I liked either of them that much sorry ladies! 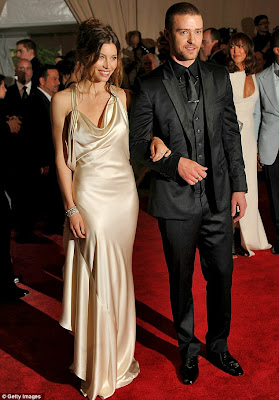 Despite rumours of a breakup, Jessica and Justin arrived arm in arm wearing matching Ralph Lauren outfits.....awwww how cute!

Nicole Richie looked stunning in her Marc Jacobs dress and Alexa Chung brought her *unique* sense of style to the red carpet in Phillip Lim outfit - I ♥ Alexa's 'don't give a f**k attitude to opting for trousers instead of a dress like everyone else but i'll still pick Nicole's outfit over hers anyday!

Kristen Stewart wore the strangest little thing by Chanel..I don't care if Chanel hand-made it herself, why didn't someone SMART advise Kristen to remove that hideous shawl that covered her legs and just go with the black dress??? Anyhoo! Zoe Saldana wore a black dress (yawn) by Calvin Klein..the dress sits beautifully on her (she is georgous so that helps!) but black on the red carpet?? Just so incredibly boring!  Thankfully it's one shoulder which gave it a slight bit of pizazz

Taylor Swift wore a Ralph Lauren dress that looked a little too "bridal" for my liking..and Kirsten Dunst wore a one shoulder Diane Von Furstenberg dress

Blake Lively showing her pins in a Marchesa dress which i ♥ particularly her shoes! And Eva Mendes looking great in a floral Dolce and Gabbana gown

Jude and Sienna making their first public appearance together as a couple....*shocking!* I ♥ Sienna's Emilio Pucci dress especially those heels!