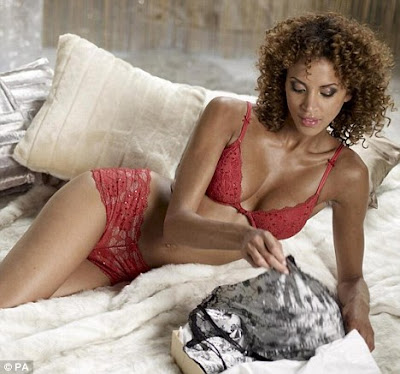 Noemie Lenoir
Poor Noemie.  I heard news that the popular M&S french model is recovering in hospital after a failed suicide attempt.
Apparently, tabloids are reporting that the Victoria's Secrets model was found unconscious beside a pile of pills and empty spirits bottle after supposedly trying to commit suicide. 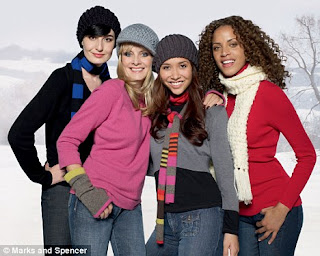 The popular M&S Christmas advert
The details are really sketchy but its known that she called emergency services herself on Sunday afternoon then made a second call cancelling the ambulance.  She was then found lying in a forest on the outskirts of Paris by a passer-by walking his dog.
Noemie is best known in the UK for the huge advertising campaign for Marks & Spencers and THOSE underwear shots.
She has a five year old son with on and off ex-boyfriend Claude Makelele, the ex-Chelsea football star, called Kelyan. 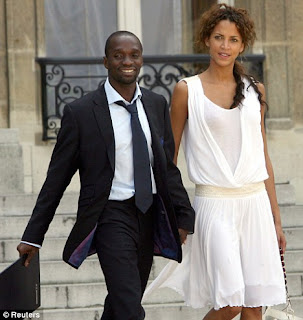 On & off boyfriend, ex-Chelsea footballer Claude Makelele
Its so sad to hear news stories like this. Depression is a very sad illness, rarely a subject touched in the media.  When it is, the journalists are not kind and usually just label people as crazy.  Just look at how Britney Spears' breakdown was reported - awful!
It just goes to show, you can be rich, successful and beautiful. Yet none of it matters if you are not happy within.  A firm lesson to us all.
Get well soon Noemie ♥ 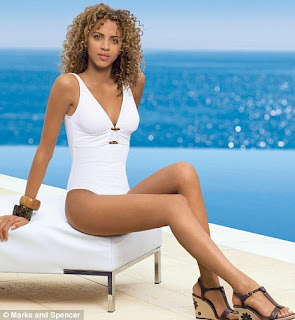 I briefly read about this story yesterday...How sad. She is so beautiful. But it just goes to show...beauty ain't everything. She looks perfect but feels really shitty. MJK xx