It's official. Duffy has been crowned "Queen of the Brits" (cough, splutter, CHOKE) yesterday evening as she was awarded not one, but THREE Brit awards. Well done! *Gritted teeth* 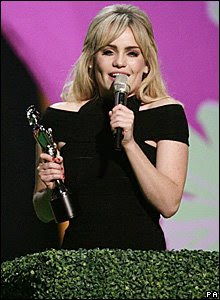 "Queen" of the Brits
Presented by Kylie Minogue, James Corden and Matt Horne, this year's Brits were held in Earls Court Arena yesterday evening. Guests and audiences were treated to performances by Take That, Girls Aloud, Pet Shop Boys and many more. Am I the only person who is just NOT feeling Duffy??
Obviously! Because girlfriend won Best British Female, Best British Album AND Best Brtish Breakthrough Act. I suppose when you've sold 536,000 copies of your first single I guess you must be doing something right. Best performance of the night? Estelle and the Ting Tings the perfect fusion of Indie/pop and Hiphop. Estelle and Katie rocked the stage! Who knew this combination could sound so good? Hope all those music execs/A&Rs and other music V.I.P were listening!!! 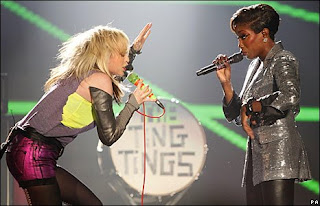 Ting Tings and Estelle rocking the stage
All the results below!
Best British male 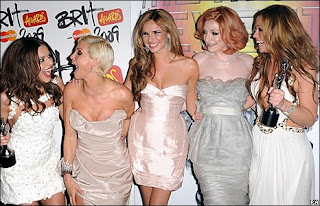 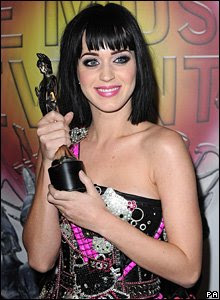 Critics' Choice: Florence and the Machine 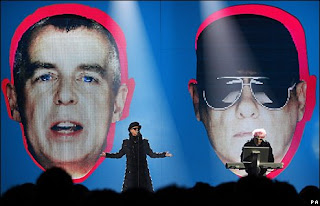 Pet Shop Boys doing their thing on stage
Posted by DoYouNoah at 17:15
Email ThisBlogThis!Share to TwitterShare to FacebookShare to Pinterest
Labels: results in, the brits 2009, who was awarded what?