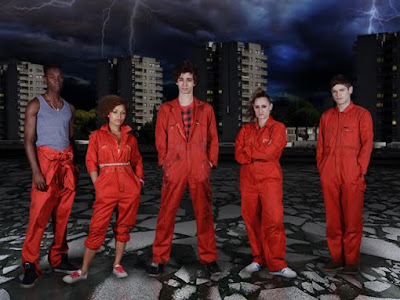 Whose still watching Heroes? Because I'm not. It's not because it isn't a good show. Infact Season 1 was amazing Season 2 was good too but hell-o WHAT happened to Season 3?? I'm not even discussing Season 4 as I haven't watched a single episode. It seriously lost the plot and although loads of people told me to stick at it (apparently it gets better) other shows have appeared (True Blood anyone?!) and I've lost interest. 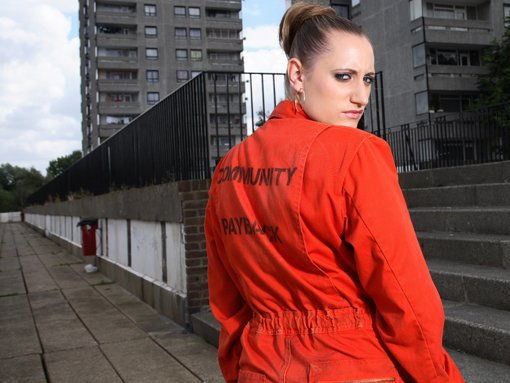 So now we've got vampires and neck-suckers, a genre I've always loved (Blade anyone!?) but the Superhero genre is another favourite of mine. X-men started it, (and boy did they start it!) Heroes continuted it (then sadly lost it) and then Channel 4 created Misfits... 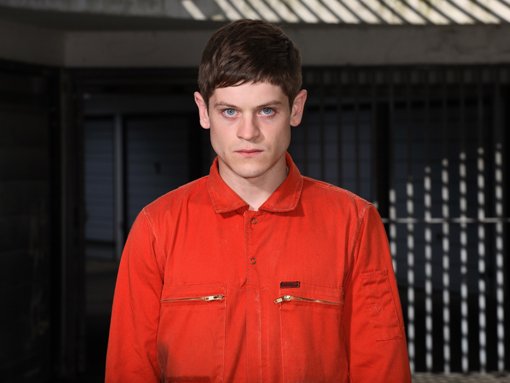 Five young people on community service get struck by a flash storm..and are stuck with special powers.

You've got Kelly, the lass up north, who can suddenly hear people's thoughts; shamed sports hero Curtis who can turn back time, party girl Alisha that sends people into a "sexual frenzy" (E4's description-not mine!); shy guy Simon who can make himself invisable and funny man Nathan who seems to be unaffected..so far.. 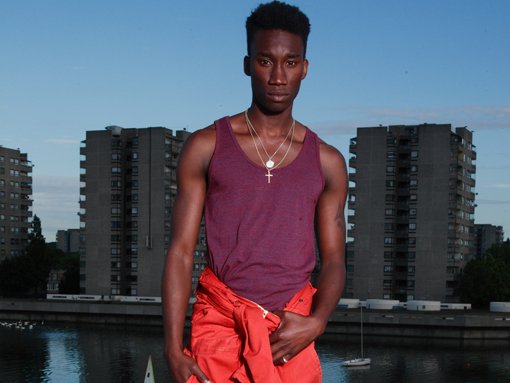 Viewers might compare it to other superhero shows like Heroes or but there are some major differences, the most significant is that its a well-written British drama.  The Guardian described it as "Heroes meets Shaun of the Dead" - what a LAME description! Yes they are both equally good tv/films showing zombies and superheroes but does Heroes or Shaun of the Dead have a predominately young cast?  No. Did either of these programmes/films use the unique advertising campaign Channel 4 is using to promote it? Er no again.  Lame comparison right thurrrrrrrr. 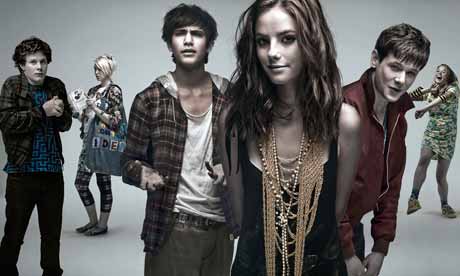 Selected characters have Twitter accounts and apparently they will tweet while the show is being broadcast.  Channel 4 released a 40 second promo of the series, developed a limited edition graphic novel called "Misfits" which has already been handed out across many Universities in the UK.  They've even built a whole "Misfits Online Experience" http://www.e4.com/misfits with bonus scenes, and a chance for viewers to step into the epsiode's environment with games, community boards etc. 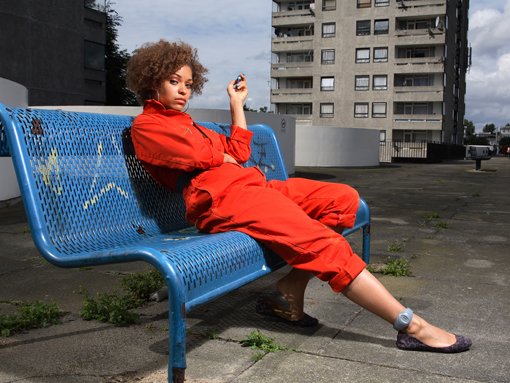 It will be interesting to see how the series develops, but all in all I'm excited about this one.  It's very British, very brilliantly written and its got a very good, strong, young cast.

It's amazing what happens when British writers are given the chance to show their talents. Skins, Dead-Set and now Misfits...a note to BBC - fix up look sharp because Channel 4 is getting harder, better, faster and stronger in the race to produce quality programmes..and about time too!

I Actally Adore This Show !!!!!!! I Dont Really Watch Show On T.V Not Really A Big Fan But Then I Watched This And Now I Cant Get Enough Of It I'm Actally In Love With This Show And All The Characters In It (Especially "Alisha" PLayed By Antonia Thomas :P Oh My Days Dont Get Rid Of Her Character Or I Cry %50 Of Why I Watch The Show Is Her) But The Other %50 Of Why I Watch Is It Is Becuase Its Just So Brilliant, Funny , Great Story Line & Can Even Relate To Some Of The Problems They Have In The Show To Life And Thats Only Some Of The Reason I Have For Watching It But I Just Want To Let Channel 4 Know That They Got One Fucking Good Show And Should Keep It Going !!!!! I LOVE THIS SHOW !!!!!! BIG TIME !!!!! P.s Ethan Cracks Me Up To The Main Man He's One Funny Fuck !!! Please Keep This Show Going.

Aww thanks for the comment!Glad you liked my post..I absolutely ♥ the Misfits too!!! Its one of the best shows on British TV right now! I will definately be buying the 1st series on DVD. Didyou see them appear on Johnaton Ross a few weeks back? The main guy is even funnier in real life! :-)
xoxo