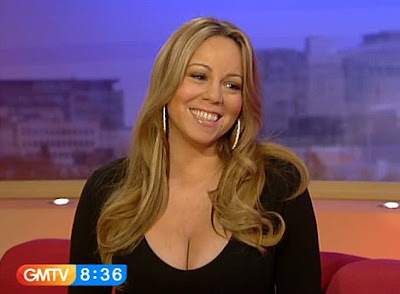 Mariah Carey - the diva??? Well this is the labelled she has been branded with by GMTV host Kate Garraway and This Morning Presenter Phillip Schofield.

First it was Phillip, being the "computer whiizz" he is, Phillip tweeted that Mariah was running late to the interview and uploaded a picture of him waiting impatiently on a sofa.  He tweeted to his 300,000 followers;-

"Sitting her twiddling our thumbs waiting for Mariah." Then half an hour later he scarcastically tweeted, "Her people have arrived..Think I will give her until 2pm" Miaow!!! 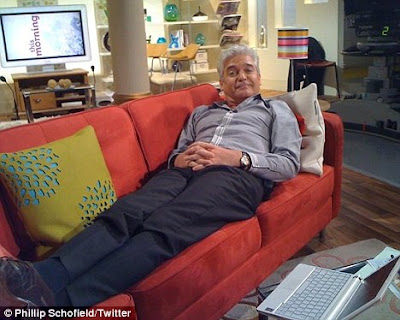 The singer arrived in the UK last week to perform on the X-factor and open Westfield's shopping centre for Christmas Wonderland.

According to Kate, Mariah - the world's best-selling female artist, shocked producers and the production team with her "diva-style" behaviour.  Kate revealed in her magazine column that Mariah:- 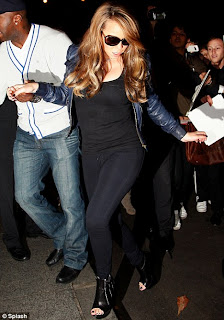 Mariah pictured out & about in London

In her magazine column Kate exclaimed, "Have you ever heard anything like it?"

Erm, sorry, am I missing something?! What on earth is wrong with the "demands" Mariah made? So what if she had someone check her dress was fitted correctly. Wouldn't you ask your friends to check if your dress was ok too? And what is the problem with her bringing her own toilet roll? So the girl likes the comfort of a particular brand...shoot her! 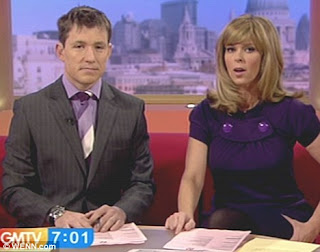 Strangely enough, Miss Garraway was not in the studio at the same time as Mariah and her entourage.

Ok...so how on earth would she know about this so-called "diva-behaviour".  A "source" close to the presenter said:" Kate got in shortly afterwards and the place was abuzz with what happened.  It was not so much Mariah, as she points out - but her entourage."

Correct me if I'm wrong, but this sounds like a blatant  (and unnecessary) attack on poor Mariah. Kate Garraway wasn't even in the building! The cheek of her! Call it sour grapes, being a hater or the green-eyed monster because I can't think of a reason why Kate would write about Mariah  being a diva in her column when she wasn't even there to witness the "diva" antics.

Anyhoo let's end this post nicely with the interview with the other nice GMTV presenter, Lorraine Kelly.  I think Mariah came across fairly well, considering she's a "diva" and all! ;-)

PS look out for her hubby Nick Cannon's quick appearance - those two are sooooo cute together! ♥