Rumble in the Jungle! Katy's Back on I'm A Celebrity.. 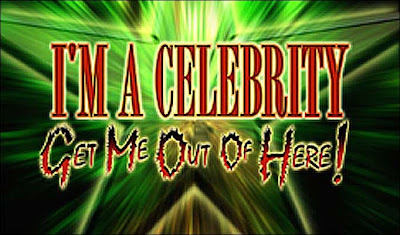 Katy Price returned to I'm A Celebrity Get Me Out of Here on Tuesday night, much to the annoyance of her fellow campers.

Since the line up had been announced and rumours of Katy going back into the jungle emerged, it wasn't the biggest surprise when Katy walked into the camp...

Katy Arriving in Australia where show is filmed


...But I was gobsmacked! Even though Katy was rumoured to have been paid £400,000 (isn't it a recession?!) I really didn't think she would go back to the reality tv show that made her the milliionaire that she is today.

When asked by some of the contestants (goodness knows who, I can't remember any of those Z-listers..) why she decided to return to the show Kate said she needed "closure" from her marriage breakdown and media backlash she had suffered. 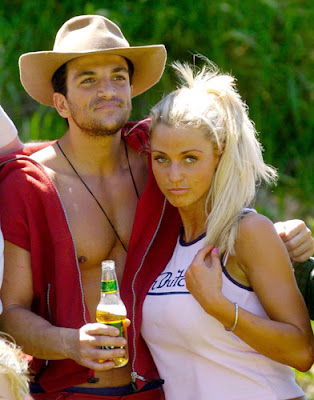 Katie & Peter when the first appeared on the show


Fair enough I say. Everyone from people on my facebook, forums, blogs, journalists and other celebrities in the media have slated her, criticising her decision to appear on the reality tv show.

What shocks me the most is how fickle people are.   We've seen it before time and time again, the public's opinion on celebrities change.

Michael Jackson and Jade Goody are just two examples. Countlessly criticised and ridiculed by the press until their deaths earlier this year. Then it was time to mourn Jade labelled by newspapers and critics, "The Nation's Sweetheart" or MJ "The King of Pop".  Where were these compliments and praises when these two celebrities were alive? I'm sure they would have NOT like to be remembered as "Piggy", "Chav" or "Wacko Jacko" but those were the names they were labelled by the media...

And now it's Katie's turn.  It wasn't long ago that young girls and women all over the country hailed Katie Price as a postive role model. She was the independent business woman who had turned her glamour modelling into a multi-million pound empire.

Yet as soon as she split from her husband, "Pefect" Pete, she was vilified in the press and the witch-hunt began. What's even worse is that female journalists seem to be her harshest critics. What happened to sisterhood eh???

I'm going to end this blog with less criticism and on a high. Below is the image that dominated most newspapers the next day after she appeared on the reality tv show.  Katie sure doesn't waste time does she!? ;-) 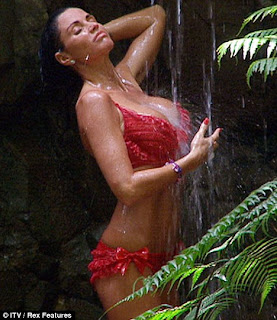 Katy showing off her new bikini

Posted by DoYouNoah at 20:38
Email ThisBlogThis!Share to TwitterShare to FacebookShare to Pinterest
Labels: katie and peter, katie price, reality show