What a night the BRITS were! Broadcast live on ITV, we all knew there was going to be some kind of drama, drunkard outburst and dodgy wardrobe malfunctions on the night.
Douchebag of the night went to Liam Gallagher.  When accepting his award for "Best Album of 30 years" he told the crowd, "Let's go and take Class A drugs"....and then threw the mircrophone into the stage.  Right...ok Liam! 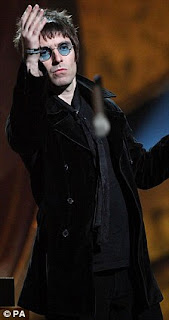 Liam accepting his award on stage..twat
Thankfully host of the night, Peter Kay, was there to save the day describing him as, "What a knobhead" as soon as he left the stage! :-)  When Liam found out, he did what any man who has been insulted with do, he took it to the streets of...Twitter...yep - he took it there..be scared Peter Kay!

"Hard man" Liam's angry rant on Twitter to Peter Kay
But it was Lady Gaga stole the show, winning THREE awards!  The triple winner dedicated one of her awards to the late Alexander McQueen. 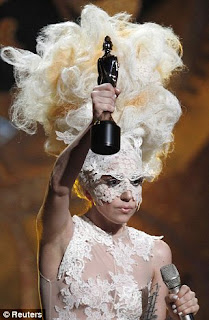 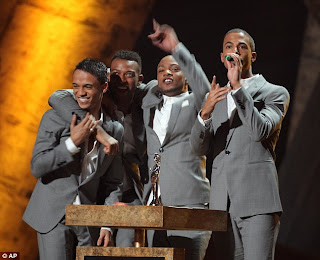 Other winners of the night were JayZ, Florence & The Machine, Dizzee Rascal, Robbie Williams, Spice Girls and more (see full list of winners below). 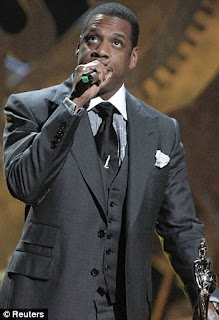 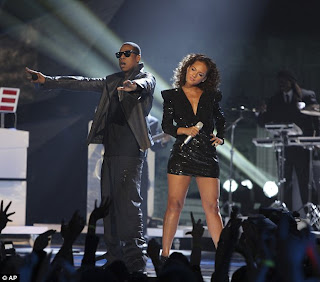 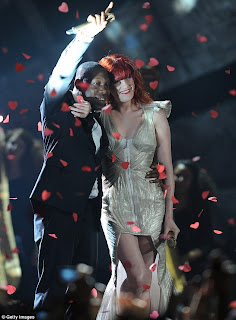 Dizzee & Florence performing (best performance of the night by far!) 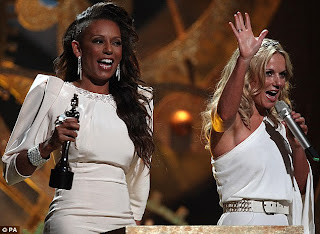 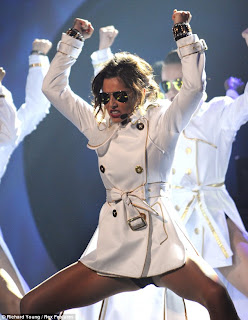 Cheryl Cole performing...worst performance of the night..but i'll let her off seeing as she has a lot on her plate..

Lily Allen another winner on the night 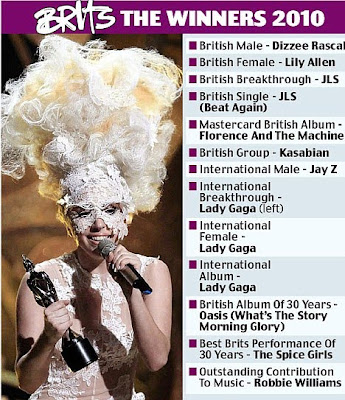 Posted by DoYouNoah at 14:00
Email ThisBlogThis!Share to TwitterShare to FacebookShare to Pinterest
Labels: music, music award show, the brits 2010