Venus Shows Us A Full Moon 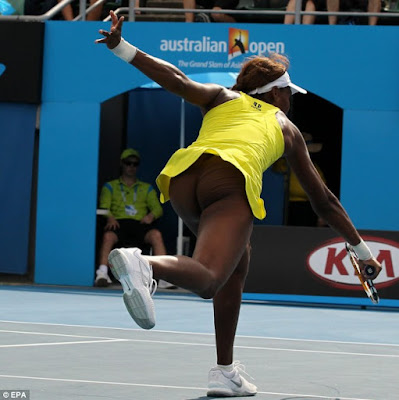 I woke up today with images of Venus Williams' arse all over the internet. Loads of online news websites  and even twitter were going crazy claiming that Venus was mooning the tennis crowd at the Australian Open yesterday- like seriously?! Has no one ever HEARD of flesh coloured underwear?!? 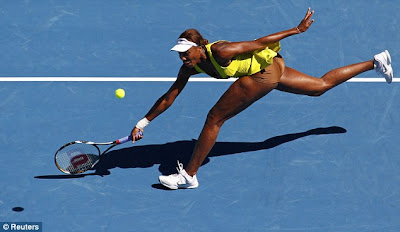 Venus on court wearing THOSE knickers

The Williams sisters are known for their pushing the limits with their tennis outfits on the court.  Who remembers Serena's all in one tennis outfit? FIERCE! If I was a tennis star that is exactly the kind of get-up I would be wearing on centre court ;-) 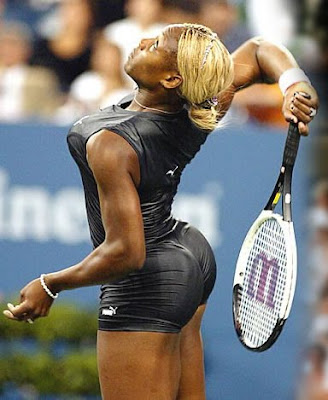 Serena and THAT catsuit

Personally, I think Venus skin coloured underwear is not to my, er, taste.  In fact ANYTHING skin-coloured including tights, bodysuits etc is just gross full stop. But hey, each to their own!


What do YOU think??

She looks superb and her buttocks are shown off to perfection in that catsuit.